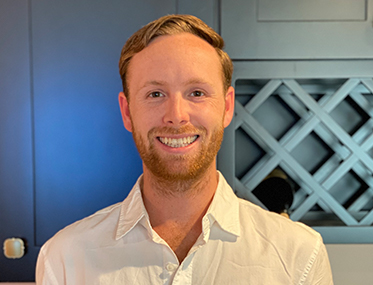 A TRADITION OF EXCELLENCE

Please fill out the contact form to receive more information. We will be in touch with you soon!

Charlie Simms is the President of Simms Development. He is a 6th generation Daytonian and a 3rd generation home builder. For two years after graduation from Hanover College, Charlie worked as an accountant for Merrill Lynch in Cincinnati. In 1984, he came to work for his father, Charles V. Simms, as a Construction Superintendent. In 1986, Charlie was promoted to Vice President of Sales and Marketing for the company, and in 1990 he was made President. In 1996 Charlie purchased Simms Development from his father. Charlie served as President of the Dayton Home Builders Association in 1999 and President for the Ohio Home Builders Association in 2008. Simms Development has won numerous awards, including the National Association of Homebuilders’ “National Multifamily Builder of the Year” award in 1995. The Dayton Area Home Builders Association named Charlie Builder of the Year in 2004 and again in 2013. He was also the winner of the HBA's top award, The McDaniel-Zengel Leadership Award in 2011. Charlie is also a licensed Real Estate Broker in Ohio. He has built over 2000 homes, condominiums, and apartments in the Dayton and greater Cincinnati areas. Today, he is often in the news as a successful builder in Downtown Dayton, and a key player in the revitalization of our beautiful city.

Wende Gard has been employed with Simms Development for almost 2 years managing Accounts Payable and Receivables. Wende also received Simms Development's Employee of the Year award for 2019. Wende has been married to her husband, Jim, for 25 years. They have two children and two dachshunds. Her family enjoys camping, music, and playing volleyball on the weekends.

Tracey Butt has been employed with Simms for 19 years. She started in Accounts Payable/Human Resources and has grown alongside the company to become the VP of Accounting & Finance and HR. She has earned Employee of the Year in 2011 & 2015 for continued leadership in the accounting principles of new construction. She enjoys relaxing on the beach and attending boot camp classes.

Robi Simms graduated from Otterbein University in Columbus, Ohio in 2011 with a bachelor’s degree in Sociology. In 2013, Robi started working as a leasing consultant and property manager for Simms Management. In 2015, Robi joined the team at Charles Simms Development as a field superintendent, continuing the family tradition as a local builder in Dayton, OH. He is a fourth generation homebuilder and is currently the Vice President of Sales and Marketing for Charles Simms Development. He is also the sales representative for Parkside Row, Savannah Place at Yankee Trace, and Monument Walk in downtown Dayton.

Having grown up in the industry and spending most of his summers as a youth working for his father in the field, he understands and appreciates what the homebuilding industry works to accomplish and achieve. Robi is involved with the local Dayton Homebuilder's Association, serving both on the Board of Directors and as the Executive Committee. He is also the membership chairman for the local association and the membership chairman for the Ohio Home Builders Association. He is currently the Dayton Homebuilder's Association local President for the year 2020. Robi has also received multiple awards including back to back Ohio Homebuilder's Association Presidential Citation of Excellence award in 2017 and 2018 for his service to the OHBA. He has also won Simms Development's Employee of the Year in 2017.

Jody Cornett has been employed with Simms for over 26 years. Starting as a carpenter, Jody learned all facets concerning how to build a quality Simms home. He is currently the Production Manager for all Simms communities while also being the superintendent for Savannah Place and Parkside Row.

Crosby joined Simms Development in 2021 as a Field Superintendent. He received his Bachelors of Science in Construction Management from Bowling Green State University in 2018. Crosby has experience in multi family and commercial construction as both a general contractor and subcontractor working for various companies in different regions around the country. In his free time, Crosby enjoys being outdoors and going to concerts.

Trina Brown has been employed with Simms for over 15 years. She began her journey with Simms as Customer Service Director and was recently promoted to Purchasing Manager. Trina has earned the award of Employee of the Year multiple times, including: 2012, 2014, and 2018.

Bronwyn Graham-Duteil is a Centerville native who grew up in real estate and new construction. Her parents own a brokerage and have represented many builders, including Charles V. Simms and Bill Simms. Bronwyn obtained her real estate license in 1989 and spent a few years in the film and TV industry of Los Angeles, before returning home to the family business. In 1998, she joined Charles Simms Development, earning the Dayton HBA Sales and Marketing Council’s 1999 “Rookie of the Year” award for her sales at our Timber Park and Yankee Vineyards Communities. She took a break from new homes while raising her son but returned to sell the Cottages Yankee Trace and Parkside Row. She was named Salesperson of the Year in 2013, 2014, and 2015. Bronwyn rejoined our team in August 2020 to sell in her 7th Simms community, Savannah Place at Yankee Trace. In June of 2021 she also took on selling at Cottages of Beavercreek. Outside of work she enjoys time with her son Noah (a college senior), and traveling to Paris, Italy, and the island of Maui. As a seasoned professional, Bronwyn brings a lifetime of experiences and three decades of real estate expertise to guide you on the path to your new Simms home.

This website uses cookies to improve your experience while you navigate through the website. Out of these cookies, the cookies that are categorized as necessary are stored on your browser as they are essential for the working of basic functionalities of the website. We also use third-party cookies that help us analyze and understand how you use this website. These cookies will be stored in your browser only with your consent. You also have the option to opt-out of these cookies. But opting out of some of these cookies may have an effect on your browsing experience.
Necessary Always Enabled
Necessary cookies are absolutely essential for the website to function properly. This category only includes cookies that ensures basic functionalities and security features of the website. These cookies do not store any personal information.
Non-necessary
Any cookies that may not be particularly necessary for the website to function and is used specifically to collect user personal data via analytics, ads, other embedded contents are termed as non-necessary cookies. It is mandatory to procure user consent prior to running these cookies on your website.
SAVE & ACCEPT
Hold This Home